Anna and Bob Cohen will perform one of Anna's new songs at a benefit for Supporting Our Youth on Saturday December 28th at The Flying Beaver Pubaret. Other scheduled performers include comedian Gavin Crawford (formerly of "This Hour Has 22 Minutes").

Anna's CD "Glimmer In The Dark" and song "Another Way Out" are still riding high on the latest OutVoice CD and song charts, both at #4!

The new video for "Another Way Out" has been nominated for a RightOUT TV "Most Moving Video" award! Plans for a local video release event are being made.

Anna and Jeffery Straker will perform at Toronto's Flying Beaver Pubaret on Thursday October 10th at 7:30 PM. Advance tickets are $10 and are available at The Pubaret and Brown Paper Tickets. Admission is $15 at the door. For tickets, dinner reservations and information, call 647.347.6567 or email [email protected] (Please click poster to enlarge.)

"Another Way Out" has hit Number One on the latest OutVoice Top Ten Song Chart! Listen to the whole countdown show with host Len Rogers at Rainbow World Radio.

"PEOPLE (GOT TO GET IT TOGETHER)" AND MORE SONGS FROM "GLIMMER IN THE DARK"!

Daddy K played "People (Got To Get It Together)" on ROCK-FM.ca on September 29th, and will play more tracks from "Glimmer In The Dark" in the future!

Director Simone Stock was blown away when she first heard Anna Gutmanis' powerful song ANOTHER WAY OUT. "It's so stark and honest. There's no drama, just the pared down facts of life as a bullied, queer teen." Stock, a TIFF nominated film director, got award winning cinematographer Guy Godfree on board and the team designed a compelling black and white doc-style video for the track. "I wanted the visuals to convey the emotional power of the song and its simplicity. Documentary seemed the most logical fit, and with Anna's activist background an easy one too." On the set everyone was moved by the stories they heard. Bob, a 10 year survivor of AIDS, told his story of coming out to his fiancee on the night before their wedding. Elizabeth, bullied severely as a teen, found herself painfully reliving the experience while sharing it on camera. "I think we all got more than we bargained for" says Producer Misha Skoric. "The stories people told were so dramatic, so emotional and totally real. We knew had something big on our hands". Skoric is developing the video into a longer doc and is in negotiations with network television about broadcast. "Coming out isn't any easier than it was 25 years ago - after our shoot today, that much is clear" Skoric opined. The video for ANOTHER WAY OUT is set for broadcast in the fall of 2013.

Anna, Bob Cohen and Karen Dinardo will perform at a community-focused evening of entertainment in support of Gender Equality and Health Organization (GEHO) Uganda on Wednesday September 18th. The event will take place at 7:00 PM at The Steady Cafe & Bar, 1051 Bloor Street West, Toronto. Other performers include Human Positive aka Troy Jackson, and Belles Jumelles & Titus Androgynous.

Anna, Bob Cohen and Karen Dinardo will perform a full set at Graffiti's, 170 Baldwin Street, Toronto, on Tuesday September 17th. The concert will also include full sets from DroneDoctor and Elder Sister Plum. The evening begins at 8:30 PM.

Arizzona played "This Love Is Real To Me" on UFC on August 25th.

"PEOPLE (GOT TO GET IT TOGETHER)" 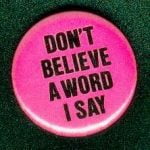 Roxanne Tellier wrote about Anna's live performance video of "People (Got To Get It Together)" in her August 18th column, "To Russia With Love" on the popular"Segarini: Don't Believe a Word I Say" blog.

Anna will perform at 10 PM on Friday August 23rd at Graffiti's as part of the Music City North Kensington Festival! Performing with Anna will be Karen Dinardo and Bob Cohen.

"Another Way Out" is up 3 spots to Number 2 on the latest OutVoice Top Ten Song Chart! Listen to the countdown show on Rainbow World Radio.

Anna will perform at the Kingston Women’s Art and Music Festival at Kingston City Park on Sunday August 18th! Performing with Anna will be Elana Harte, Karen Dinardo and Georgia Wilder. Elana will also have a set of her own, and other acts performing include Kim Pollard, Jenica Rayne and 3girlzband. (Please click image to enlarge.) 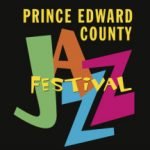 “GLIMMER IN THE DARK”

Dayle Gowan played a few tracks from “Glimmer In The Dark” on Monday July 22nd on his CJAI-FM “Udder Morning Show” between 8 and 9 AM!

“Another Way Out” is up 5 spots to #5 on the latest OutVoice Top Ten Song Chart, and “Glimmer In The Dark” is at #4 on the Top Twenty CD Chart!

Arizzona played “I Am Who I Am” on Unashamed Faith Café on July 6th and "This Love Is Real To Me" on July 27th..

Anna will perform at Musideum on Thursday July 18th at 8 PM as part of their “Livingroom” Concert Series (AKA “Music Void of Cutlery!”) MUSIDEUM is located at 401 Richmond St. W. Toronto (Main Floor). Performing with Anna will be Bob Cohen, Karen Dinardo, and Bryn Scott-Grimes. Tickets are $20 or PWYC. Call 416-599-7323 or email Donald at [email protected] to reserve a seat.

KAREN KANE - PRODUCER OF THE YEAR 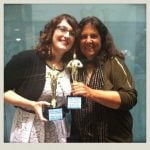 “Glimmer In The Dark” producer Karen Kane was named Producer of the Year at the Carolina Music Awards on July 6th!

Anna will perform at Canada Day in Oshawa, Ontario as part of the Songwriters Music Festival stage. The event will take place at Lakeview Park beside the Henry House historical building. Performing with Anna will be Bob Cohen and Karen Dinardo. 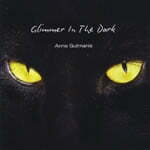 THE RAIN AND THIS LOVE IS REAL TO ME

Women on Waves played "The Rain" on June 9th and This Love Is Real To Me on June 23rd.

THIS LOVE IS REAL TO ME

Lavender Sofa played "This Love Is Real To Me" on June 2nd. The show airs Sundays at 12 PM Eastern Time.

Anna will perform at the Inspire Awards at Hart House on Saturday June 1st! Performing with Anna will be Karen Dinardo and Bob Cohen. Other Award Ceremony performers will be Jeffery Straker, Markus Guzman, Ori Dagan, Belle Jumelles & Johnny B Goode, and Vincent Wolfe. Performing at the cocktail reception will be Roxxie Terrain & Adam Weinmann. DJ TK will spin for the dance party, and the evening will be capped off with a special performance by Suzie McNeill and Nikki Chin. Mike Chalut & Shannon McDonough will host. (Please click poster to enlarge.)

The Mike Chalut Show on PROUD FM 103.9, The Pride of Toronto will air an interview with Anna on Friday, May 31st! Anna and Bob Cohen will also perform a song from "Glimmer In The Dark". Mike's show is weekday afternoons from 3 to 7 PM.

Paul Corby from Radio Regent played "I Am Who I Am" on his show Corby's Orbit on May 10th.

"PEOPLE (GOT TO GET IT TOGETHER)"

Jam City America played "People (Got To Get It Together)" on May 13th.

Anna will perform at Music City North Festival! Her show will take place Friday May 10th at The Sister, 1554 Queen Street West, Toronto. Other acts performing will be Sarah Jordan, Amanda Davids, Angela Saini, Emily Raquel and Rachel Kennedy. Doors open at 8 PM and the show starts at 9 PM. $10/show, $15 for one-day wristbands, or $30 for festival wristbands. (Please click poster to enlarge.) 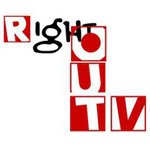 RightOutTV's latest "Story Behind The Song" segment features an interview with Anna. Host Terry Christopher and Anna talk about her song "The Rain" from "Glimmer In The Dark".

Anna, Writer/Director Simone Marie Stock, and a wonderful cast of actors and musicians will shoot the official video for Anna's song "Another Way Out" this month!!

"Glimmer In The Dark" is #3 on the latest OutVoice Top Twenty CD Chart!

Women on Waves played "Hello Again" on their 500th show on March 24th!

"Glimmer In The Dark" debuts at #10 on the OutVoice Top Ten Song Chart!

Unashamed Faith Cafe played "This Love Is Real To Me" on February 23rd.

CIUT's Steve Fruitman featured 3 songs from "Glimmer In The Dark" and did a live interview with Anna on Friday February 22nd during a live broadcast from the 25th International Folk Alliance Conference in Toronto!

Women on Waves played "This Love Is Real To Me" on February 3rd. 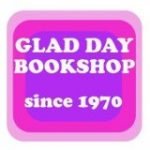 Glad Day Bookshop, The World's Oldest LGBTQ Bookshop, added Anna's music to their in-store playlist on February 1st, along with MC Jazz, Tegan and Sara, and Ma Rainey! Like them on Facebook. 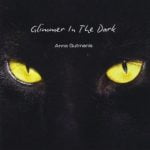 "Glimmer In The Dark" is #1 on the latest OutVoice Top Twenty CD Chart and comes in at #9 on the 2012 year-end chart!

Anna will perform on January 30th at the 4th annual Rainbow Tie Gala at the University of Toronto, Scarborough Campus. The Gala will take place from 5 to 7:30 PM at The Meeting Place. (Please click poster image to enlarge.)

Unashamed Faith Cafe played "In The Sun" on January 19th.

I Am Who I Am" from "Glimmer In The Dark" takes the Number One spot on theOutVoice 2012 Top Ten Song Chart!

"I Am Who I Am" is #3 on the latest monthly OutVoice Top Ten Song Chart.

Unashamed Faith Cafe played "In The Sun" on January 5th.